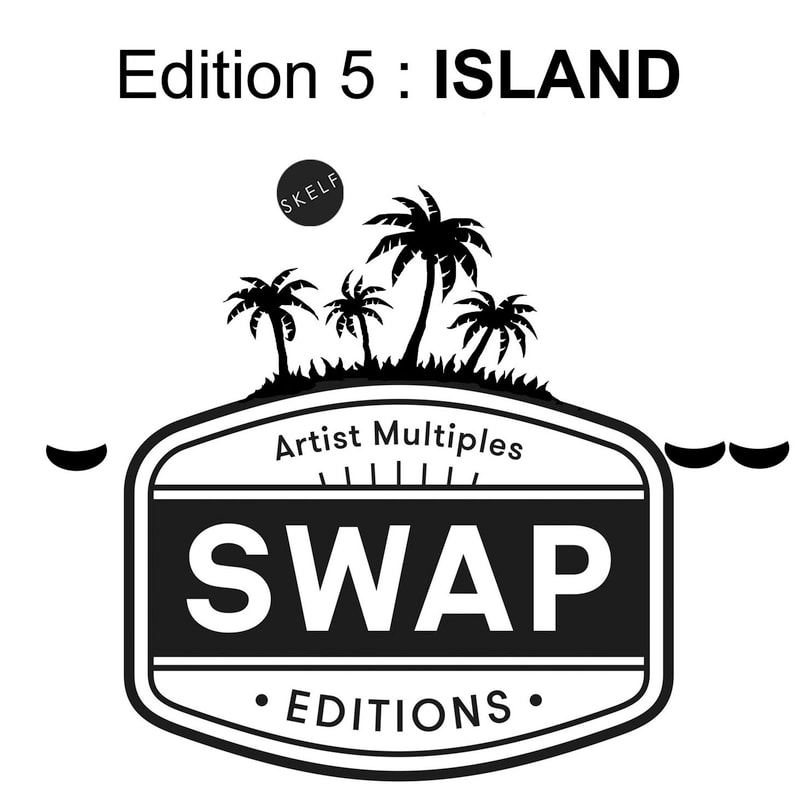 SWAP Editions has partnered with SKELF (www.skelf.org.uk) virtual project space to curate a digital exhibition as part of Edition 5: ISLAND. This is the first time SWAP Editions has included an online component to an edition and the project is live on SKELF from 22rd January to 20th april, accompanied by an exhibition at Creekside Projects in Deptford 12-15th March (PV Friday 13th March 6-9pm)

Edition 5: ISLAND is a virtual landscape inter-connecting 10 artists selected through an open-call, who were asked > Are You An Island? The artists are geographically spread across The British Isles, and their contributions along with their collected data such as images and sounds were all submitted digitally as they responded to a set of questions presented within the grid below. In doing this each artist has created the components to represent themselves as an island, and at the time of submitting their content (and up until SKELF went live) none of the artists were aware of who the other 9 participants are.

From remote personal dwellings to conceptual utopias, viewers are invited to get lost in discovering a series of islands, which individually give away a curious insight into why the artists consider themselves as islands.....

Edition 5: ISLAND hosted on SKELF virtual platform is the landscape that charts and presents the 10 artists in one accessible place (providing you have internet access). As well as a group exhibition in itself, it also forms the backdrop to trigger the artists to produce a physical art work as an edition of 18 to accompany their corresponding island presence. Throughout the exhibition new content and updates will be introduced throughout their time on SKELF.
​
Edition 5: ISLAND echoes and continues many underlying themes from the preceding Edition 4: BREXkit, and as a series of artworks reflect a wide interpretation from feelings of insular and geographic remoteness, to political misbelief and conceptual utopias. As a curated project Edition 5: ISLAND will combine physical art objects set against a virtual landscape, and as with the ethos of SWAP Editions limited edition archives of the complete project will be exchanged between all the artists and participants. As a finissage in Spring 2020 an exhibition will showcase the physical art editions against the backdrop of the virtual islands from SKELF.
To accompany the exhibition Episode Five of the Skelf Podcast by Mark Beldan is now available to listen, download and subscribe on the site. Tune in to hear Mark in conversation with SWAP Editions founder Robin Tarbet, who explains the history of SWAP, discusses its past editions, and outlines the ideas behind Edition No.5 : ISLAND.
SWAP Editions is a not-for-profit publishing initiative by London based artist Robin Tarbet. As an artist run project it is sustained by commissioning and swapping art objects with time and services, and deliberately puts all emphasis of value within the collective artworks rather than their potential monetary value. SWAP Editions and associated artworks are not for sale - but a limited number are available to swap.